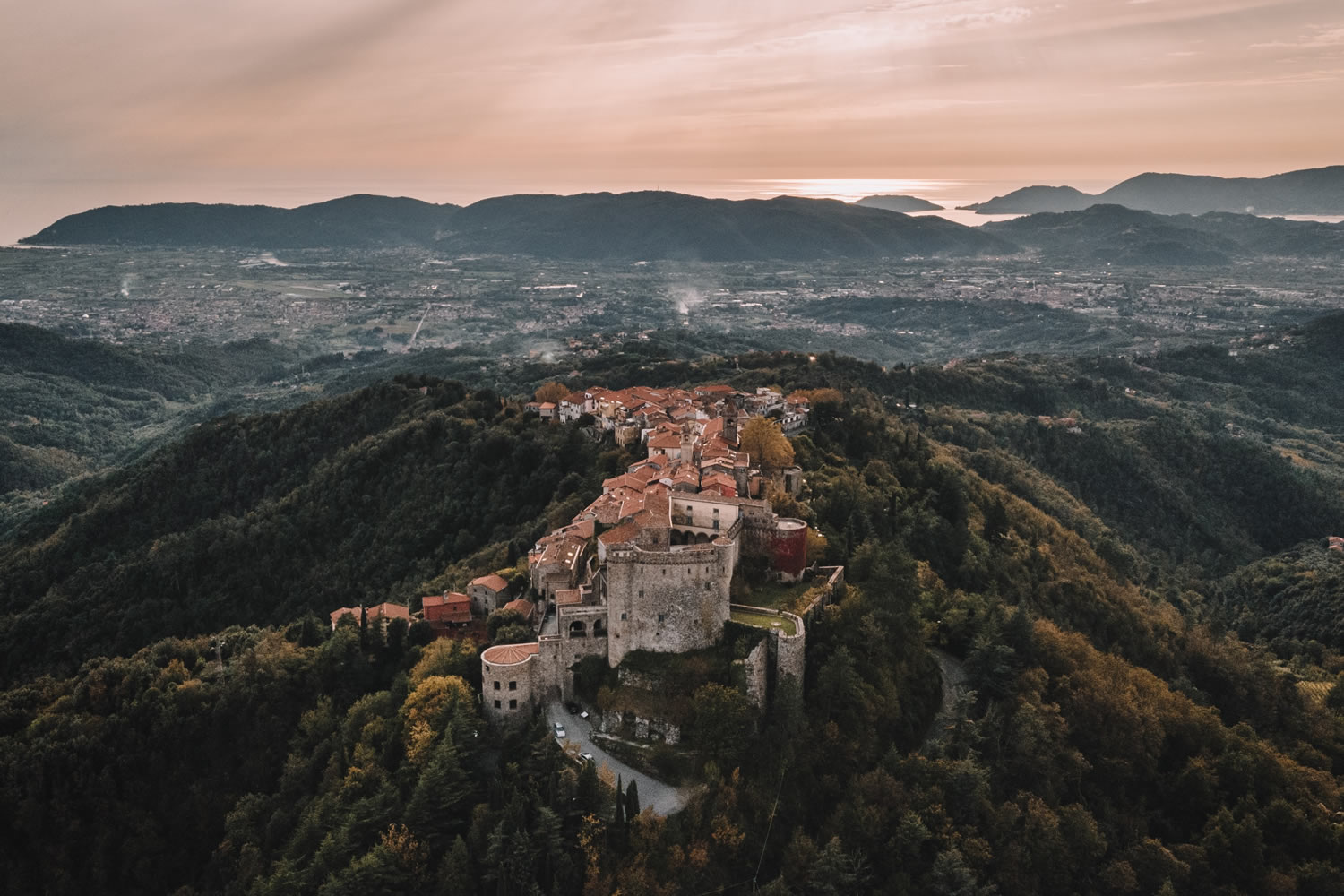 You will find an uneven coastline, protected by ancient castles and overwhelmed by an unique flora. A fantastic view that you’ll never forget!

We will pick up you in La Spezia and we will easily reach Porto Venere which, not surprisingly, was called as the Venus harbour. Northern border of the Gulf of Poets, with Roman roots, it offers a wonderful view. There is a castle, on the top of the hill, and the solid St. Peter’s church, as a stone bow on the wind, looking over the rugged coast.

We will pick up you in La Spezia and we will easily reach Lerici, where you will greet the famous Gulf of Poets. The name of the gulf is due to the fact it was chosen by different authors as their poetic house. See, for example, what Henry James wrote about it*. From the second generation of the English Romantic poets, until nowadays, never ending lines have depicted this striking sea place!

This tour proceeds to Lunigiana… Discover the hidden Tuscany: a delightfully unspoiled area known as the “Valley of the 100 castles”. It’s just impossible not to be enchanted by the medieval hilltop towns, castles and fortified villages, while watching history unfold before your eyes.

The Bay of the Poets

Visiting Portovenere and the Lunigiana means discovering a land full of history and a bit of mystery, between Liguria and Tuscany. A route to discover this historic region, lost between the valleys at the foot of the Tuscan-Emilian Apennines and the Apuan Alps, which has always been a border territory, rich of ancient settlements.

A coast of many colours, evocative and unique. Villages overlooking the sea, green hills and crystal clear water. The Gulf of Poets invites you quietly and it is not surprising that it was loved by poets and writers like Shelley, Byron, Petrarch and Montale. To them this Gulf ows the name of Gulf of Poets, which from Lerici goes to Portovenere, embracing two promontories, beaches, rugged coast, blue sea, ancient villages and wilderness.
Tellaro, San Terenzo, Fezzano, Le Grazie, the island Palmaria, Tino and Tinetto. Places enchanted and pleasing, formerly part of what was the historic Lunigiana, so different from the tuscan Lunigiana, but so united in customs, traditions and cuisine.

Notes and Instructions for cruise passengers

The driver will give you all the details about pick up times and meeting points and will always have a mobile with him, in case you decide to leave a destination earlier than scheduled, it can be arranged on the day. You will be provided with general information concerning Italy, plus a map if necessary/requested.
Please note that the driver is not able to leave the vehicle and accompany you to specific sites in the centre due to strict parking regulations in the city centres.
Upon debarkation
all cruise ship passengers must take one of the free shuttle buses from the pier to the terminal, this takes approximately 5 minutes. Once you have arrived to the terminal, a representative from ITmoving.it will be at the terminal exit with a sign “ITmoving.it”.
Departure Point
Largo Michele Fiorillo, 19124 La Spezia SP, Italy (exit of Cruise Terminal).
Return Details
This activity will end right where it started.

REACH OUT AND CONNECT

If you need assistance, send us the form filled out. If you need an urgent answer/info, feel free to call us, we'll offer you advice over the phone.